The Mountain Home Multiple Listing Service was established as an independent subsidiary of the North Central Board of REALTORS in 1974 and changed to an MLS separately incorporated, but wholly owned, by the North Central Board of REALTORS in 1999 due to the NCBOR applying for tax exempt status and could not qualify with MLS as a subsidiary. The NCBOR is a non-profit corporation and tax exempt while the MLS is a for-profit corporation and pays taxes, even though the MLS has tried to operate at a break even basis.

Have questions about the requirements to join MH MLS?

Fill out the new member application at the link below.

NOTE: Real Estate Agents & Appraisers will use the same link to apply for membership. Appraisers, please put your Certified Licenese Number in the space for Real Estate License. 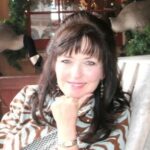